Highlight it and press CTRL+Enter

Give your customers peace of mind with an SSL certificate

For example, they steal accounts from the freelance work websites, and hijack payments of the actual contractors.

They learn everything about your users: addresses, phone numbers and e-mails

Do you have e-mail contact forms or call-back applications that collect information? Cybercriminals intercept this data without you even knowing about it.

Scammers cut into the traffic chain and monitor it. These entities can be unscrupulous competitors, state agencies or cybercriminals.

Cybercriminals steal payment information of your customers. It is difficult to trace these transactions and return the money back to its rightful owner.

They insert malicious code into the websites

This happens by data substitution, or by injecting a malicious script into your site.

They redirect traffic from your site to another one

They replace your website with another one. Your domain name leads to another website, so that users enter their personal data. The damage caused by this type of substitution can vary, ranging from damange to your reputation all the way to billions in losses.

What is an SSL-certificate for

SSL (TLS) is a protocol that creates secured and encrypted internet-connection between the user’s web-browser and the server. The data is encrypted thus third parties won’t be able to intercept data by monitoring network traffic.
Website reputation protection
The company owning an SSL certificate is reflected in the certificate information. As a result, users can verify the domain’s validity when visiting the site in question.
Protection from data theft
HTTPS protocol encrypts the user’s data and protects information from being compromised. A good reason to use this type of encryption is the case of personal information exchange. Ex: receiving a payment via credit card.
Financial insurance
Certification authorities will compensate the end-user if a website using a certificate is found to be fraudulent.

All of our SSL certificates meet the standards

Prices lower than almost anywhere
ISPserver — An official partner of Certification Authorities such as Geotrust, Digicert, Sectigo, Thawte and RapidSSL
Free technical support 24/7
We will help you install the certificate, contact the certification authority, and we will provide trouble-free operation of the certificate.
Compatibility with 99.9% of the internet browsers
All certificates are supposed by the vast majority of browsers. 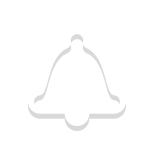 Prior to ordering an SSL-Certificate

When ordering an SSL-certificate you will choose from the predefined list of email addresses to receive a confirmation email.

Confirmation from a Certification Authority is sent to one the following email addresses:

«example.com» — should be the domain name which you are ordering the SSL-certificate for. Make sure the selected email address already exists and is available to receive messages.

We will help you choose an SSL-certificate that is right for you!

How to choose an SSL-certificate for your web-site

The extended validation SSL certificates. It required validation of your business and authorization, including legal, physical and operational existence of the entity, business documents and much more. The extensive validation  provides many benefits and a grater assurance to customers by making the address bar turn green. This informs visitors of your web site that it was checked and the connection between the server and browser is secured.

What is an SSL certificate?

SSL (Secure Sockets Layer) – is a cryptographic protocol which makes your network connection secure. It encrypts all information transmitted between the client and the server and makes it inaccessible for the 3rd parties. Based on SSL 3.0, TLS, an advanced cryptographic protocol, has been developed which comprises algorithms for data protection from today’s hacker attacks. The obsolete SSL protocol is seldom used nowadays. “SSL” will hereinafter imply its successor TLS.

The SSL protocol is implemented by means of SSL certificates installed on a web server. The certificate contains a public key for data encryption which is transmitted to the client when a connection is established as well as the certificate serial number, information on the publisher and owner, the period of validity, the signature algorithm and some other data. The private (secret) key is stored by the web server on its side only when working with SSL. The private key is not made publicly available and is used by the server to decipher the data.

Apart from data encryption, the use of the SSL ensures authorization of the client and server. The browser and the web server (the user and the website) shake hands before encrypted data are transmitted between them.

The server can also request authentication of the client, then the client’s SSL certificate has to be sent to the server so that the session can be continued. At the end of the handshake process a session key is created and the client and server exchange messages saying that all further data will be transmitted encrypted and compressed. If the handshake has failed, the session will be terminated.

After the handshake, all data transmitted between the client and the server will be encrypted. All widely used modern web browsers (Chrome, Firefox, Opera, IE, Safari) support SSL encryption.

Who needs an SSL certificate and why?

There is a special extension of HTTP protocol for the SSL – HTTPS. If you see https:// instead of http:// in your browser address bar, it guarantees that all data are transmitted using HTTPS (Hypertext Transfer Protocol Secure) and are therefore encrypted.

A user who visits a website via https:// can be sure that the website has been authenticated and transmitted information is protected against intruders. This factor increases the level of trust to the website and its presentability.

The use of the SSL protocol ensures confidentiality of information and data integrity and attests to reliability of the web browser for online project owners. For example, an online shop which communicates with its customers over an insecure channel loses up to 20% customers due to lack of trust to the web server. If data on money transactions in such online shop are intercepted, material losses can be much higher than the price of an SSL certificate. These include first of all stealing customers’ payment cards and passwords to personal accounts, redirection of payment transactions and other risks. If an accounting software or financial databases are used, interception of information will provide intruders with access to your business accounts and information so that the company’s financial assets can be transferred to other accounts. The SSL protocol is designed for protection of your business against such risks. Certification authorities are responsible for proper operation of certificates and compensate for damages incurred by a company due to malfunctions of the certificate. The amount of the compensation depends on the certification authority and the certificate type.

What SSL certificate to choose?

You can issue an SSL certificate yourself: it can be manually generated on the web server. This will be a self-signed certificate and browsers will notify users that this certificate cannot be authenticated by displaying a notification in the address bar. This option is suitable for internal use only, for example, for internal corporate portals.

You can buy an SSL certificate from us right now. It will have an authentication signature issued by a specialized authority. The user’s browser will perform authentication and determine that the website is a trusted one.

When working with an authenticated website, users can see a symbol of secure connection in the address bar. If you click on the lock icon before https://, you can see the certificate data.

Certificates have different authentication level and their properties vary depending on the type.

These are certificates involving extended verification. These are the most expensive and the most reliable certificates which are issued after a thorough check of your organization. The rules of the check are standardized and include provision of a number of the company’s authenticated documents. After authentication with this certificate, a browser will display a green line with the name of your organization in the address bar which represents full credibility of the web server.